I’ve done two projects where I am trying to spread an appreciation of comics to everyday people. They were both inspired by my work organizing the back issues at Cloud City Comics.

For the fist project, Satellite Store, I borrowed a box of comics from Cloud City, with their permission.  The comics were all random old, unpriced back issues that had not yet been sorted into Cloud City’s various sales sites.  We took out all the really rare and expensive ones, but there were still plenty of pretty good issues in there.  I put them in a gallery exhibition and put them up for sale for 3 comics for a dollar–much cheaper than they would be in a store.  The goal was to see if standard gallery viewers would check out some comics if they were sold for rock-bottom prices. I sold 39 comics over the length of the show, making $13.  I split the money evenly with Cloud City.

Here’s the box of comics: 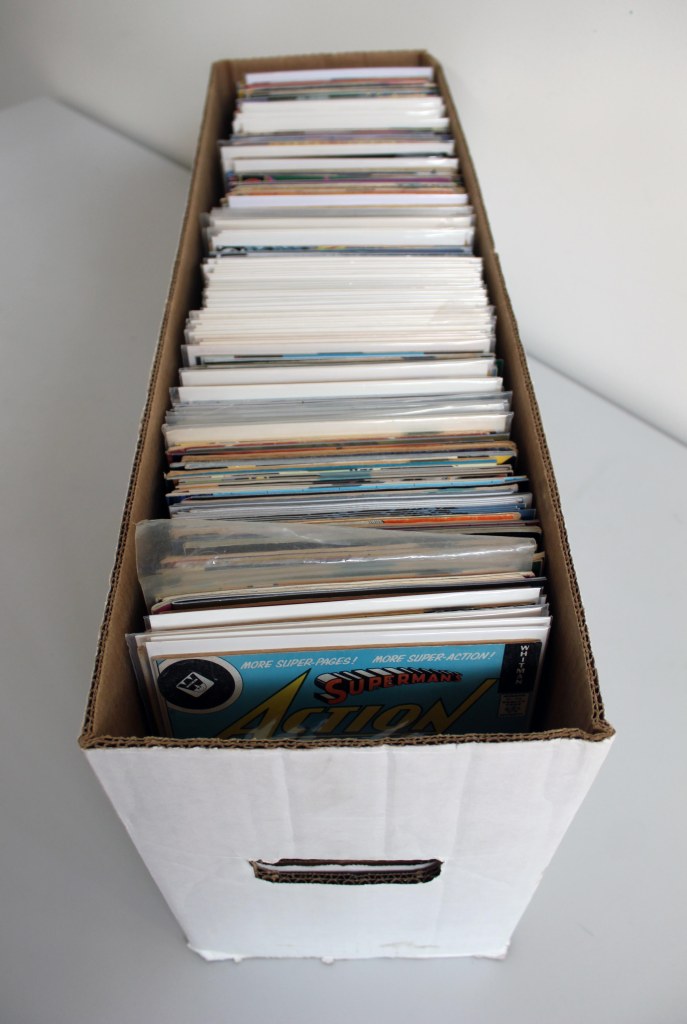 And the money! People were on the honor system to pay up, and everyone did. 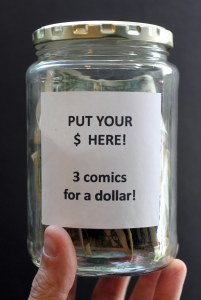 For the next version, I created a Comic Lending Library in the lounge area in my department’s building, where students often relax between classes.

Here, the comics were not for sale, but were available for everyone to read.  In this case, I bought the box from Cloud City when they had a sale of complete boxes that were sealed so you wouldn’t know what was inside.  Once again, they were random old comics with some very cool issues inside.  I left the box in the lounge, with instructions that people could read anything they wanted inside. They were also allowed to take them out and keep them, but if they did, they would have to put a new comic own their own in, to replace it.  All the comics in the box are listed on the side.  As old ones are taken out, they are crossed off, and as new ones are put in, they are added to the list. 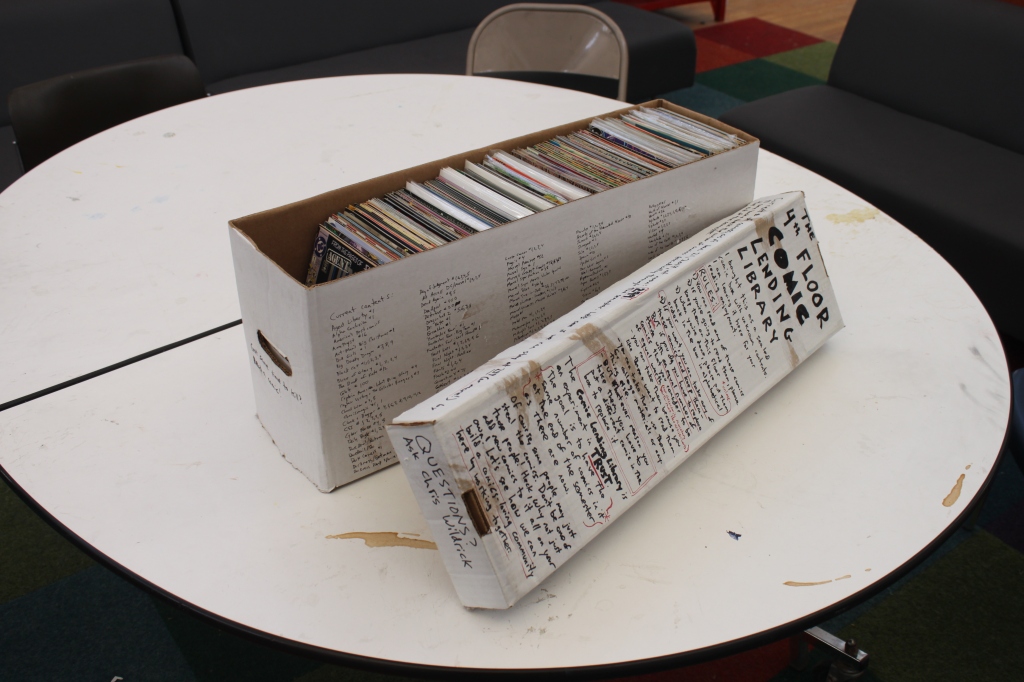 This is partly an experiment in trust and the upkeep of the commons.  If something is free, will people take care of it?  I check it every semester: in the first semester, 29 comics were taken out with no replacements.  This was something of a failure, although not unexpected.  I was honestly happy that no one stole the entire box, as it would have been easy to do so.  On the positive side, people had clearly gone through and read lots of the comics, and in that sense it was quite a success.  In the two semesters since then, only 7 comics total have been taken, which I think is because the rules of the library have become better known and respected.  I have occasionally replenished the box with new comics as others are taken out.  It continues to be used, and the comics read, quite often.

Here are the statistics for the ins and outs of the comics in the box, and the total list, as of fall, 2019.