This is my cosplay of Tiboro, LORD OF THE SIXTH DIMENSION!!!!!!!  (You know, two dimensions over from Time, right?). He’s a minor villain for Dr. Strange. I created it to go along with my family’s group cosplay, which was themed as “Extra-dimensional Lords”! (My wife was Hela, my daughter was Clea, and my son was Annihilus.) We wore them at New York Comic Con.

I’ve revised it since then: a completely different wand, modified helmet, new chest/shoulder armor, new texture and paint, and a modified boot.  I’m much happier with this version. 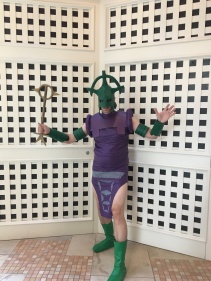 Below is the original iteration; the second image is a cold-weather version with some black spandex that’s not part of the official costume. 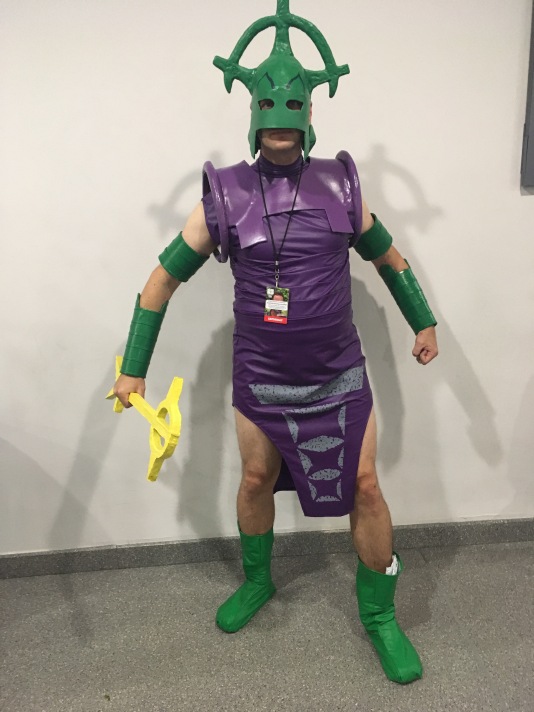