This is my first personal character–a character I created, as opposed to being one that already exists within pop culture. His name is Amet Risu; he’s a “Dark Jedi” who served with Exar Kun and Ulic Qel-Droma during the Great Sith War, thousands of years before the movie trilogies.

I made the costume partly to look cool and because the Star Wars of that era is some of my favorite Star Wars, and partly to act as real working armor when I do lightsaber dueling with my local lightsaber dueling club. So it had to be capable of absorbing a decent strike with a blunt, hard-plastic object like a real-world lightsaber blade.

It’s a very edge-lordy costume, which is not normally my thing, but when your character is based on other characters and a milieu from ’90s comics, you’re going to have a lot of straps (most not even easily visible in these pics; for instance there are completely pointless straps wrapped around my right thigh). And straps = edgelord.

I tried to signal the fact that he’s a “Dark Jedi” of Qel-Droma’s ilk (i.e. not truly Sith, which would imply that he follows the principles of the Sith religion as written in its Code, as opposed to not believing in the Jedi Code and being open to using the dark side of the force) through the purple color of the robe and the use of browns rather than just blacks, plus the orange blade.

The armor, which you can’t see well while I’m wearing it but can see in some of the pictures of the individual armor pieces, is a medieval style called Brigandine–hard plates attached to a shirt in a grid pattern. I also have a double-thick layer of padded, quilted fabric under the armor to give it more padding.

The comics that I based Amet Risu on–the various Tales of the Jedi series–signaled the difference between various ancient Sith and Jedi sub-cultures and eras by basing their armor, clothes, and architecture off Egyptian, Roman, and other historical Earth styles. I decided to use Brigandine partly because it would work as real armor while dueling, but I also wanted to follow this idea of basing the Jedi armor of an ancient Earth style of armor.

The characters that Amet Risu would have worked with, Exar Kun and Qel-droma, died in 3996 and 3186 BBY, respectively. I also based parts of this costume on clothing and armor styles that came from the Knights of the Old Republic comics (like Zayne Carrick, born 3982 BBY) and the slightly-later Old Republic video games (~3650-81 BBY for Ven Zallow and Kao Cen Darach).

For those that are interested, the Tales of the Jedi comics included the following miniseries: Ulic Qel-Droma and the Beast Wars of Onderon, The Saga of Nomi Sunrider, The Freedon Nadd Uprising, Dark Lords of the Sith, The Sith War, Golden Age of the Sith, The Fall of the Sith Empire, and Redemption.

Here are some pics of the costume, including close-ups of the armor and gauntlets: 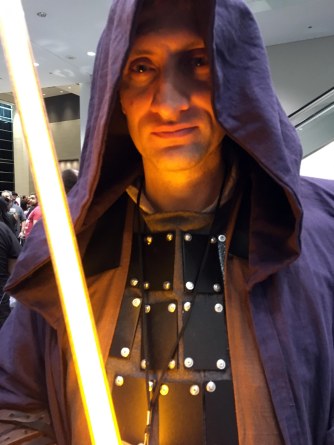 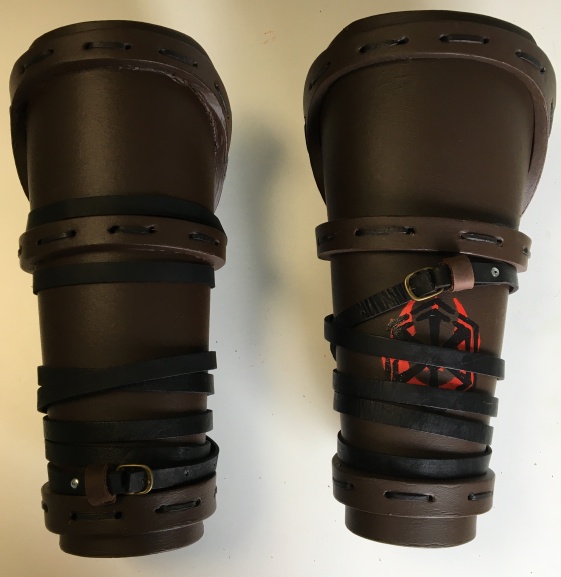 Here are some images of characters from that era of Star Wars that I used as inspiration. In order from the top left, they are Exar Kun, who was the main inspiration, for his scale mail that looks similar to brigandine, his pointless straps, and his purple robe; Ulic Qel-Droma, for his brigandine-like scale mail and leather usage; Qel-Droma, for his leather and gauntlets; Kao Cen Darach for his short-sleeved robe and shin/knee armor; Zayne Carrick, for his kneepads and the leather on his shoulders; and Naga Sadow, as an example of the Egyptian influence on Sith designs. 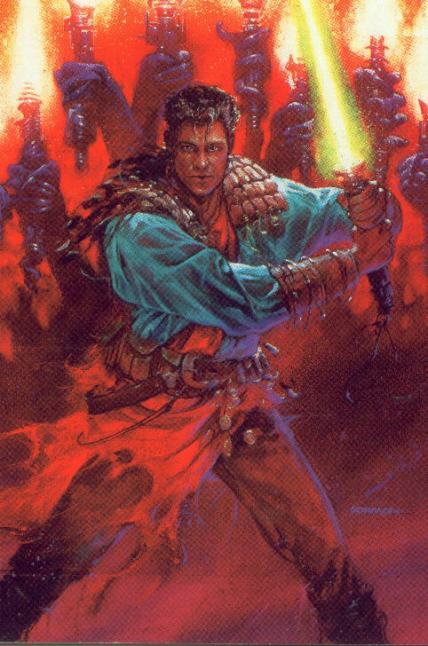 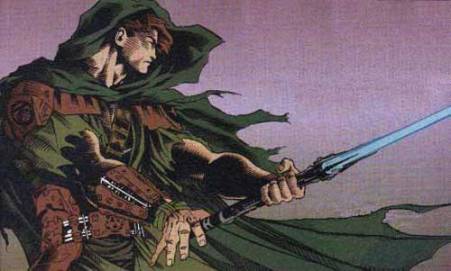 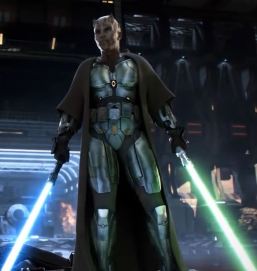 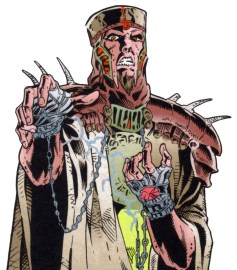