The Dinosaur Mating Game is played by matching up each of 12 dinosaurs with the dinosaur you think they would be most likely to mate with, other than their own species. It has been presented in two formats: as a poster on the wall in galleries, on which participants can directly draw their “mating lines” directly next to everyone else’s (see above for a picture of it before it was drawn on), and as a handout, on which everyone gets to draw their own results individually.

Once again, the results were surprisingly strong; several pairs of dinosaurs were clearly seen as being as “best mates.”

The results bring two things into question: how people chose each dinosaur’s best mate, and why we choose relationships ourselves–is it personality? Looks? Something else? What connections might lie between these two forms of selection? The results once again seem to say as much about ourselves as they do about dinosaurs; the analysis seems to indicate that mates were chosen primarily through visual cues.

Pictures of the installation version of the project. In this version, each participant took a crayon from one jar to draw all their lines, then discarded it in the used-crayon jar, so that the lines could be analyzed not only by mating pairs, but also by participant. Two images show the chart as it appeared in-process on two different occasions: 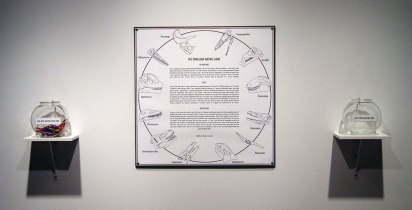 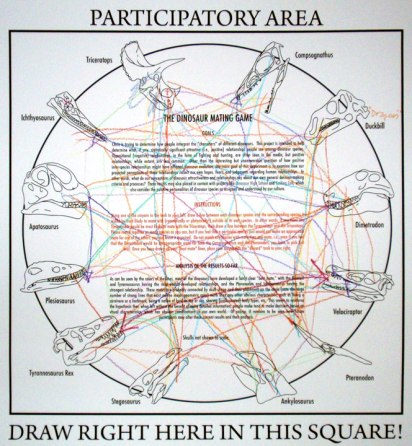 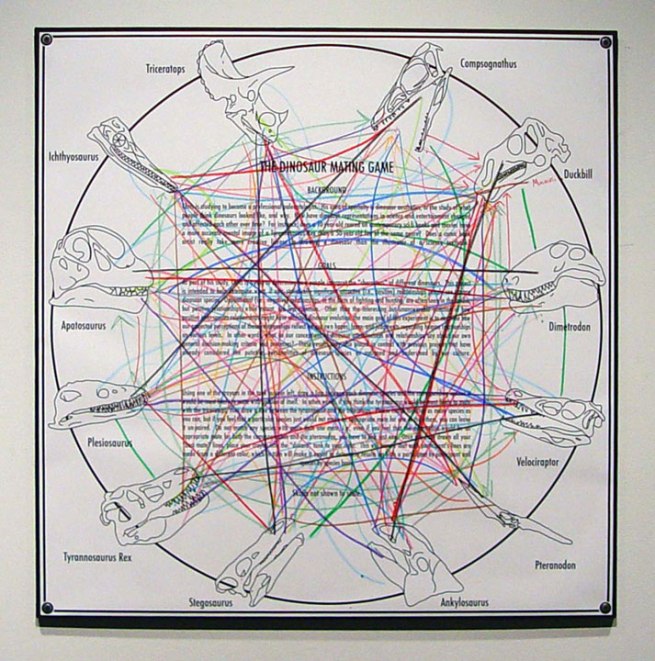 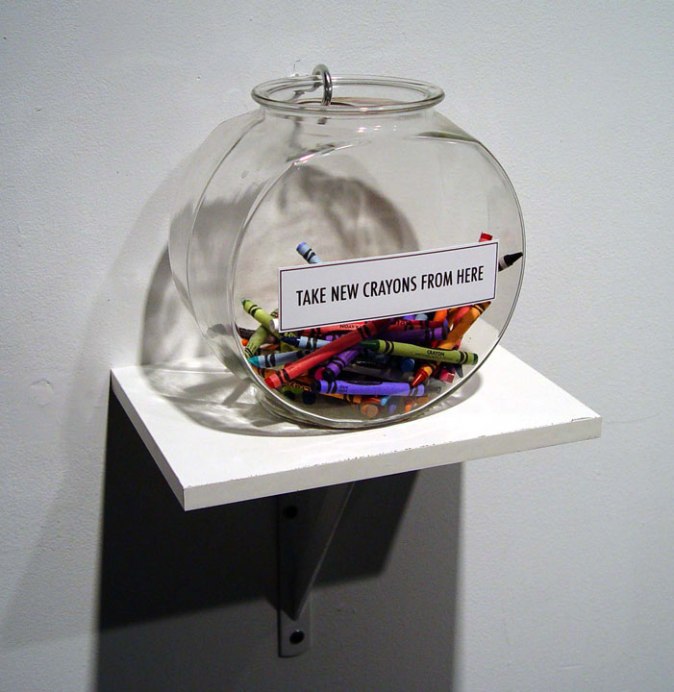 The book has the full set of charts and analysis.