In this second look at how people think dinosaurs might have walked (see Tracks and Translations, with Andrea Buckvold, for the first version), I recreated trackways for three dinosaur ichnospecies: Anchisauripus (probably a medium-sized theropod, such as a Dilophosaurus, and represented by red footprints), Amblydactylus (a large ornithopod, such as a Hadrosaur, represented by blue footprints), and Ceratopsipes (made by a ceratopsian such as a Centrosaurus, and represented by green quadrupedal footprints). People were asked to choose a species and walk the way they thought that dinosaur would have walked.

While movement can’t be tabulated as specifically as answers on a multiple-choice test, like some of the other projects in this series, it is an important aspect of how we perceive dinosaurs beyond their simple physical forms. I chose to capture the participants photographically so that viewers can judge the various movements and poses for themselves.

Images of people walking in the individual dinosaur’s tracks at White Flag: 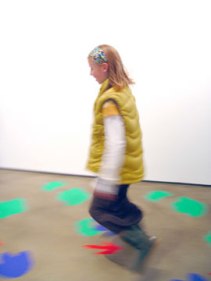 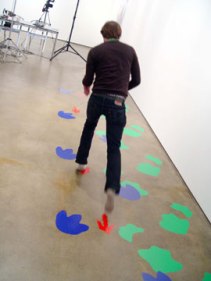 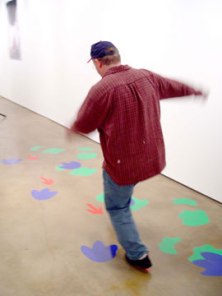 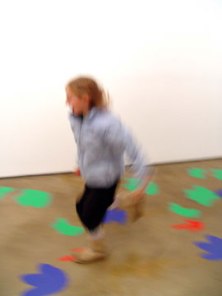 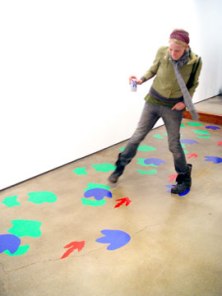 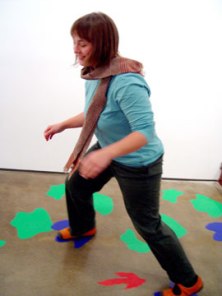 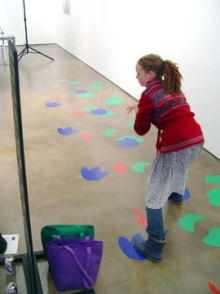 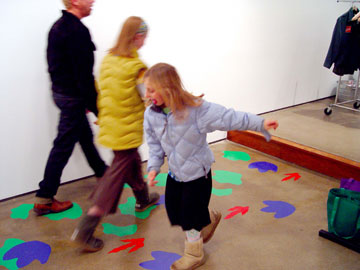 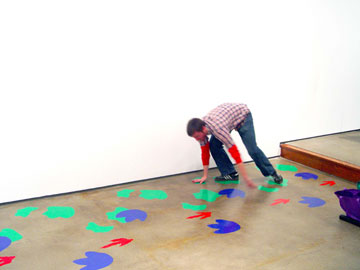 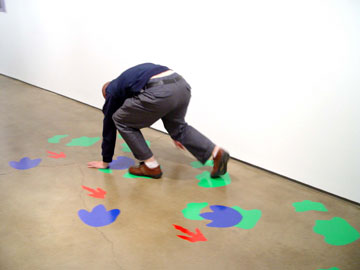 Images of the preschool kids walking in all three tracks at once: 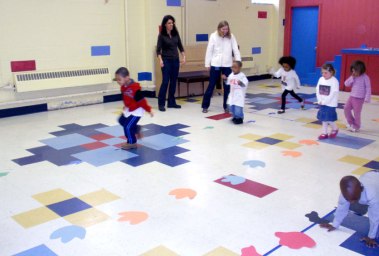 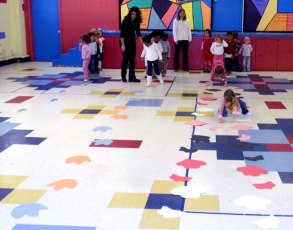 A poster explaining the project.